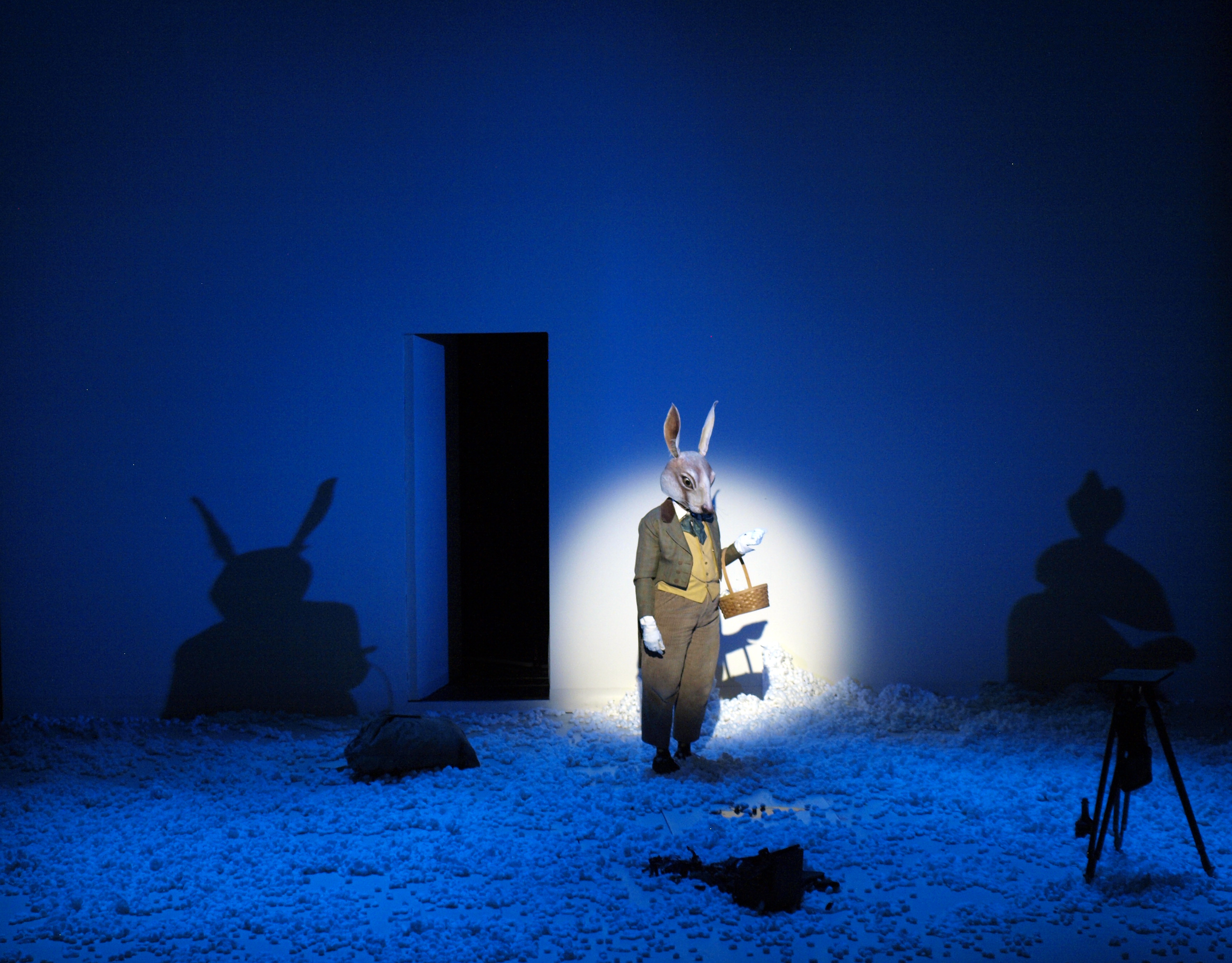 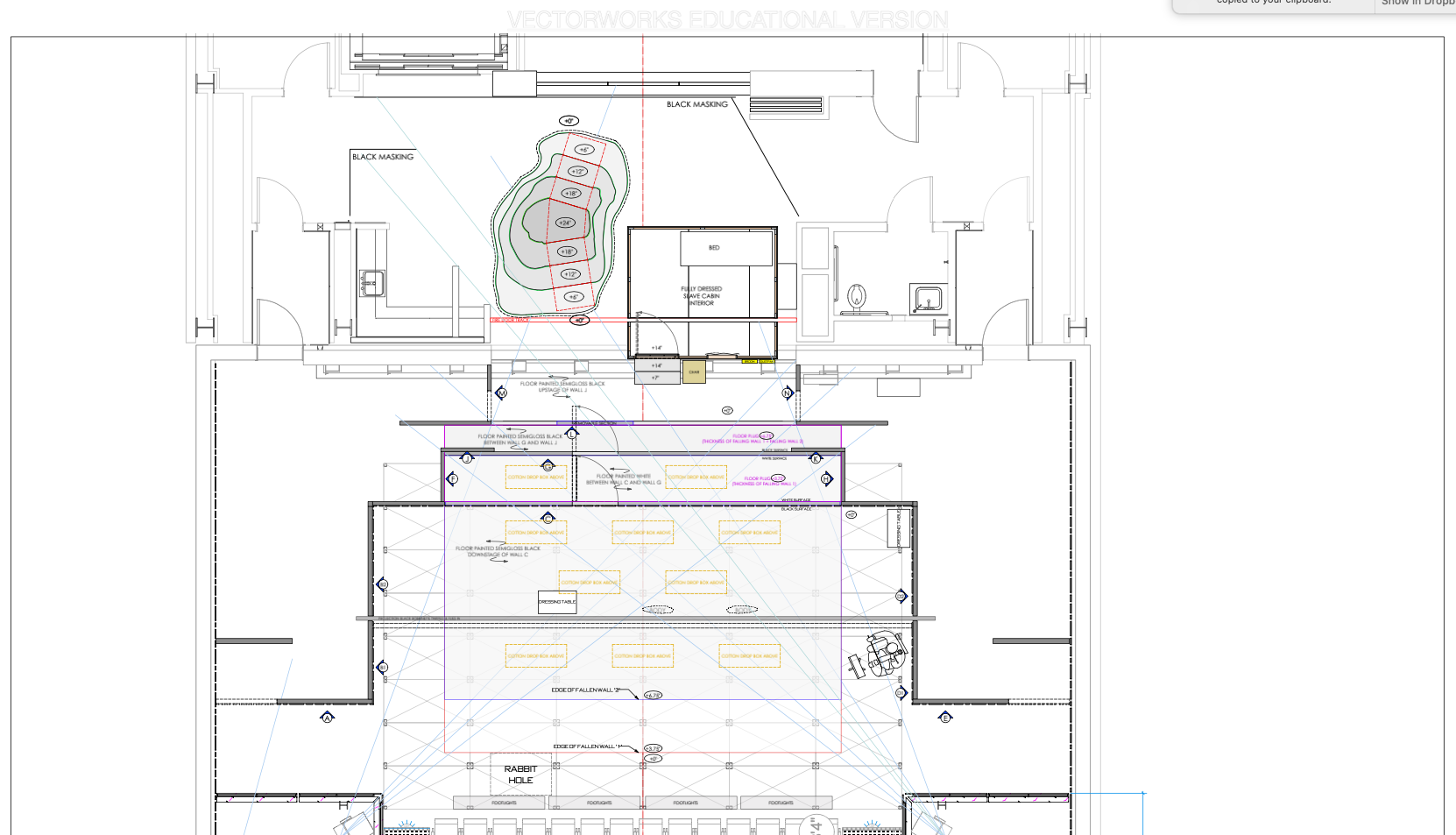 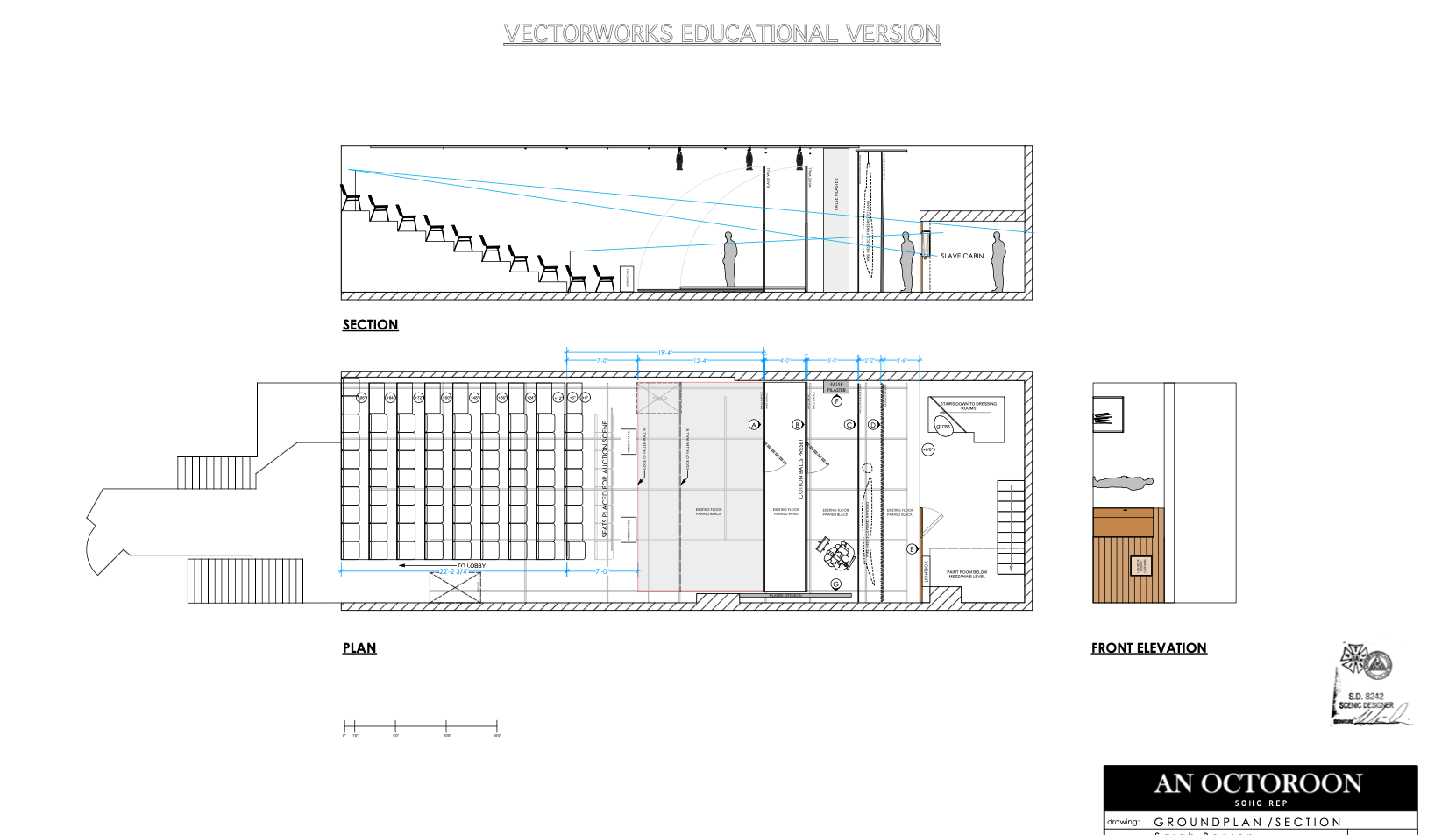 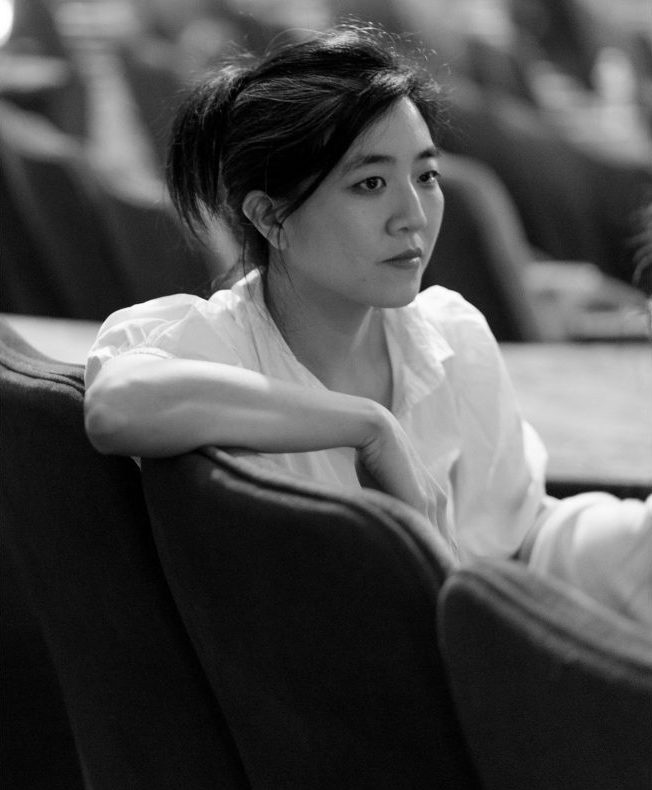 The Edwin Booth Award is given annually by the DTSA to honor a person, organization, or company for their outstanding contribution to the NYC theatre community, and to promote integration of professional and academic theatre.

Mimi Lien designs sets and environments for theatre, dance, and opera. Arriving at set design from a background in architecture, her work often focuses on the interaction between audience/environment and object/performer. She is co-founder of JACK, the inclusion-minded performance space in Brooklyn; sits on the Board of Directors at Soho Rep; and is a core company member of Pig Iron Theatre Company (Philadelphia), where she was recently the lead artist of SUPERTERRANEAN (‘19), the company's epic piece of "visual theatre."

Her visual dramaturgy has been central to some of the most celebrated shows in recent NYC history, including Fairview, An Octoroon, Taylor Mac's A 24-Decade History of Popular Music, John, and Natasha, Pierre, & The Great Comet of 1812. Her work has been recognized with the Obie Award, Hewes Design Award, Tony Award, Drama Desk Award, Outer Critics Circle Award, Lucille Lortel Award, Bessie Award, and the MacArthur Fellowship.

This award is usually conferred during a live ceremony in collaboration with the Martin E. Segal Center. In response to the ongoing COVID-19 Pandemic, it has been transformed into an enduring online resource for artists and academics alike.

Superterranean is a new work of visual theatre driven by Mimi Lien’s fascinations with urban infrastructure acting in concert with the human body. 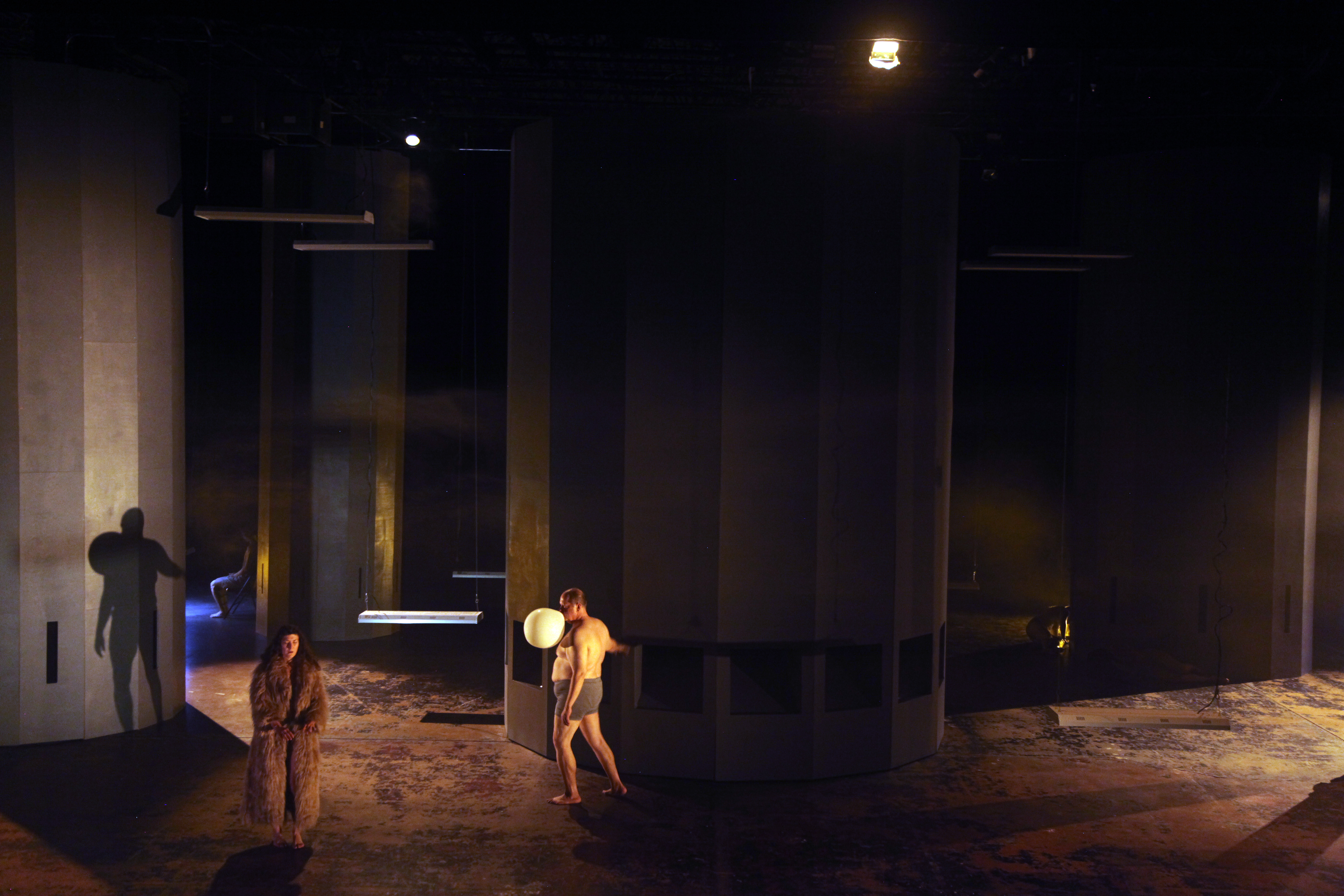 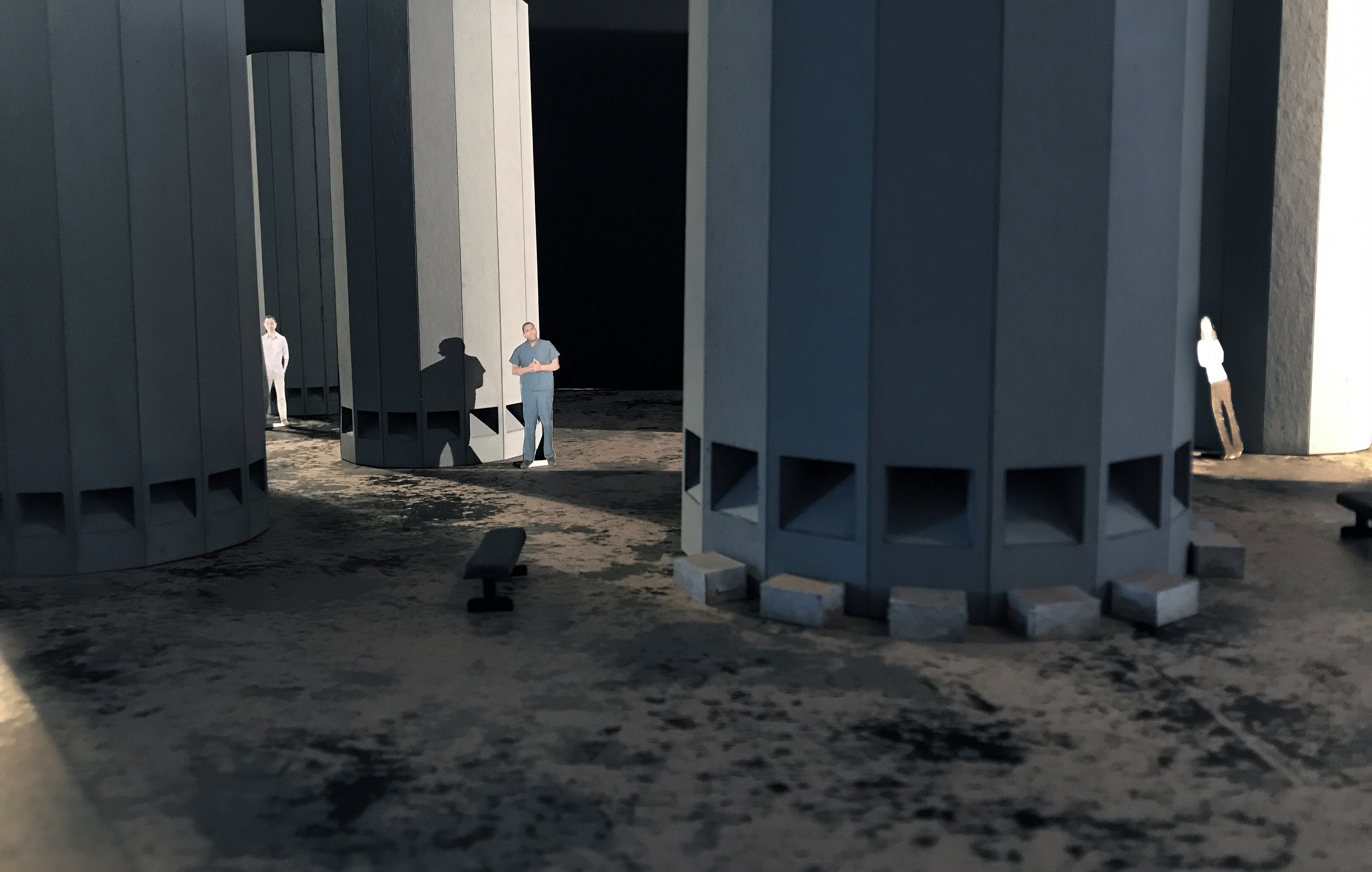 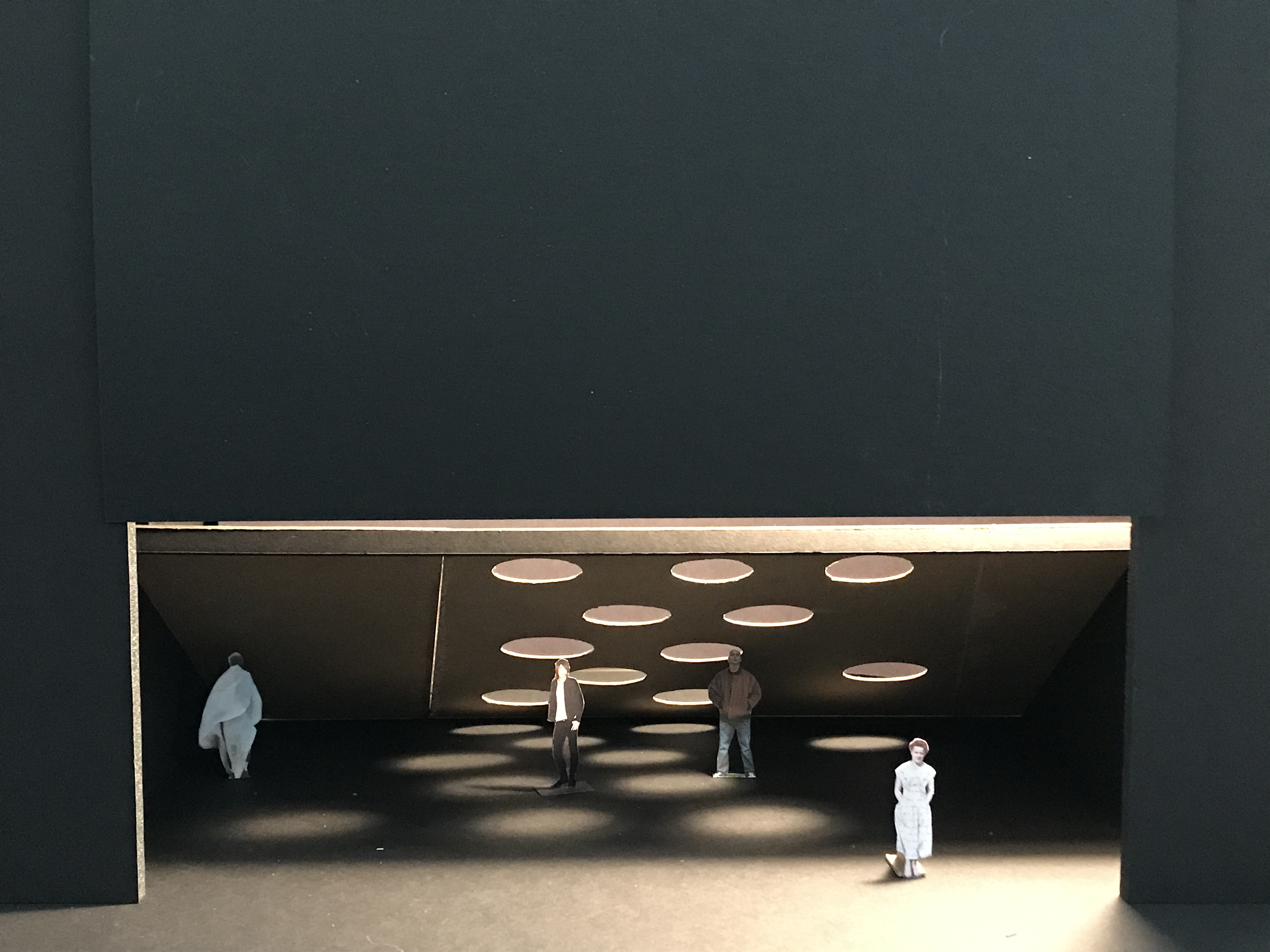 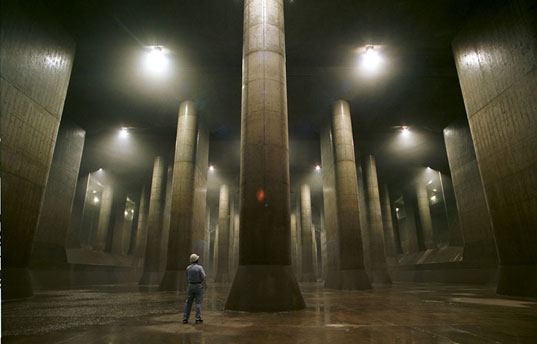 NATASHA, PIERRE, AND THE GREAT COMET OF 1812

Inspired by a 70-page slice of War and Peace, Great Comet’s transformative environmental staging brings us just inches from Tolstoy’s brash young lovers as they light up Moscow in a “heaven sent fireball” (NY Times) of romance and passion.

Director Rachel Chavkin (Natasha, Pierre, and the Great Comet of 1812) 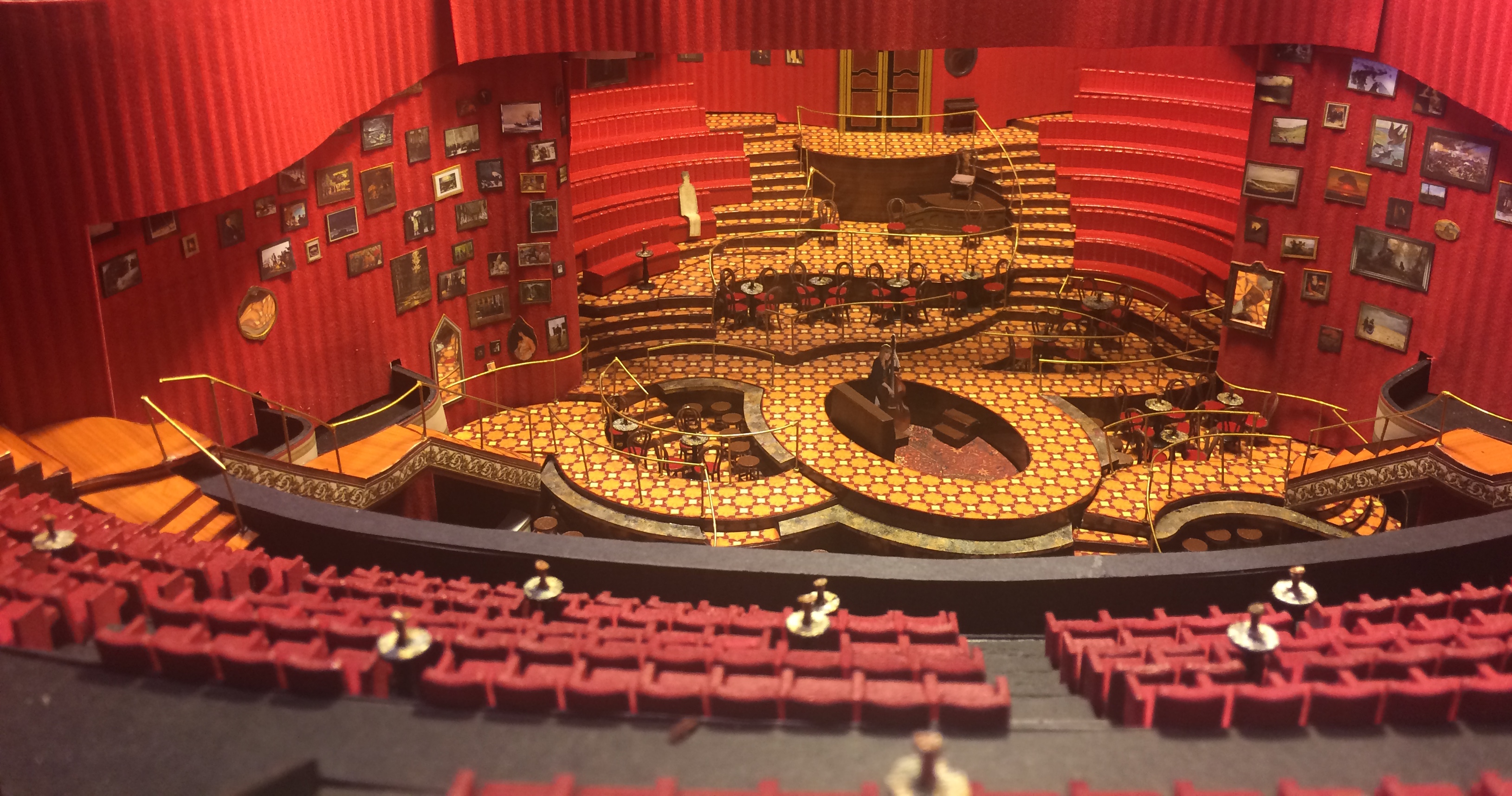 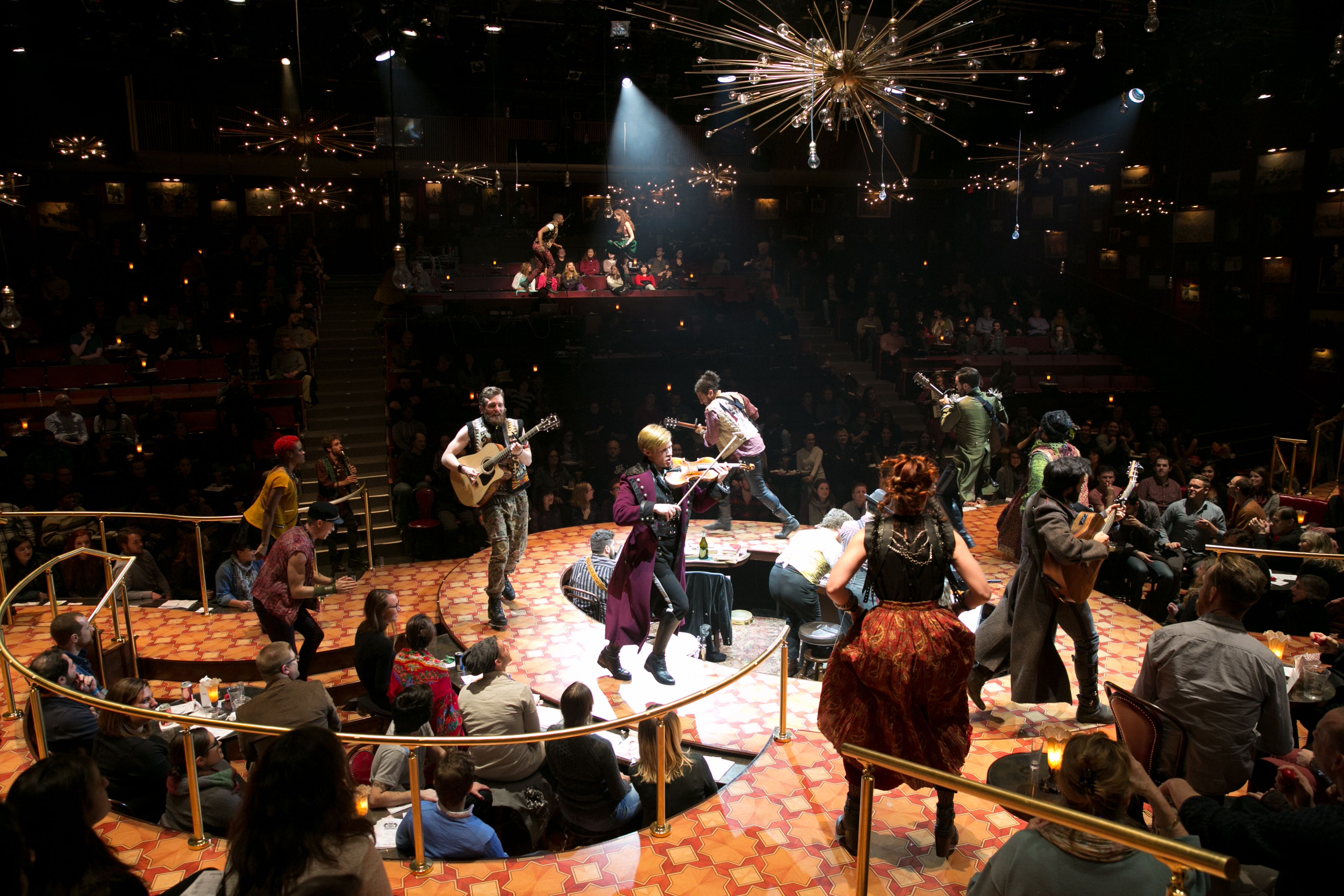 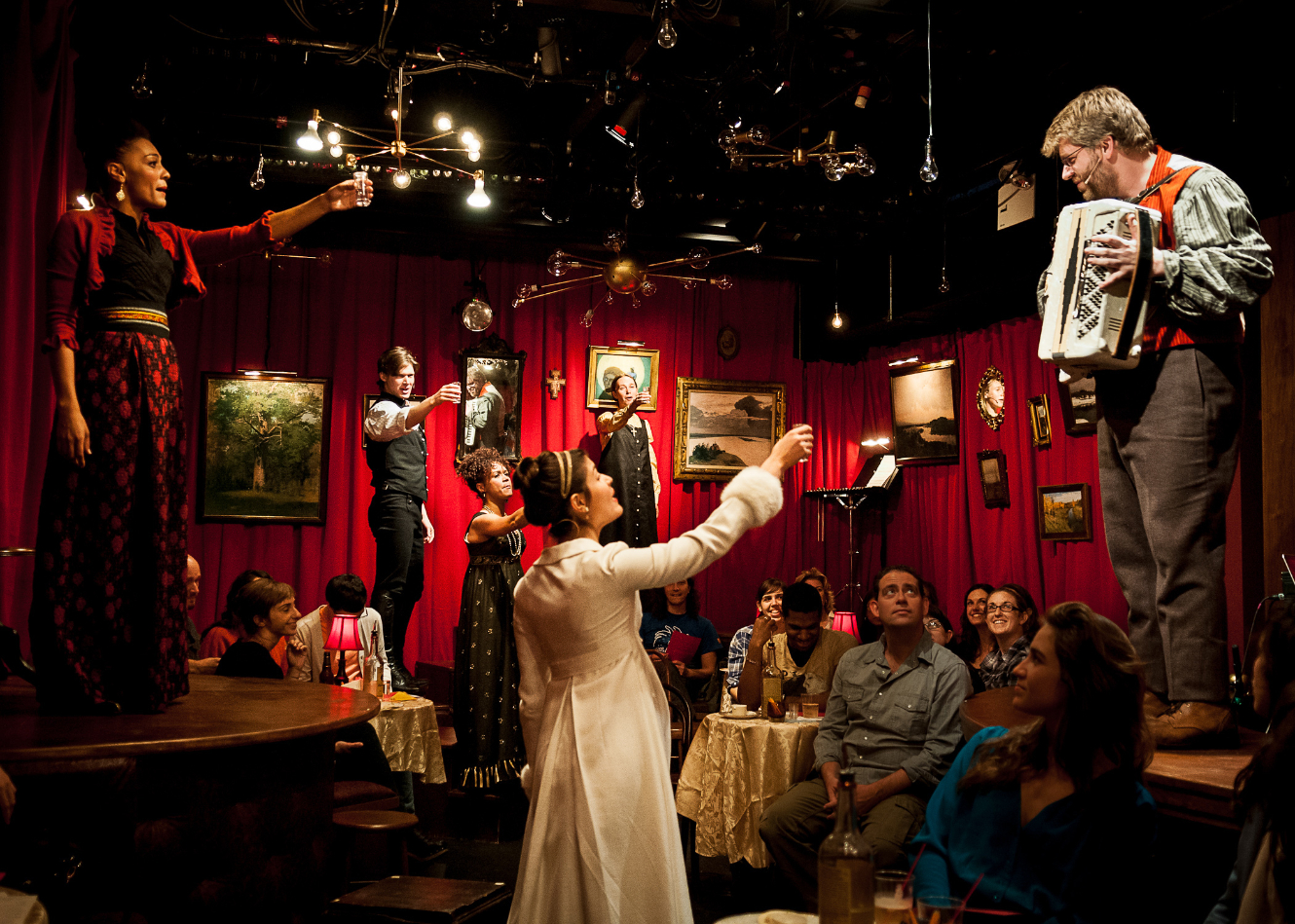 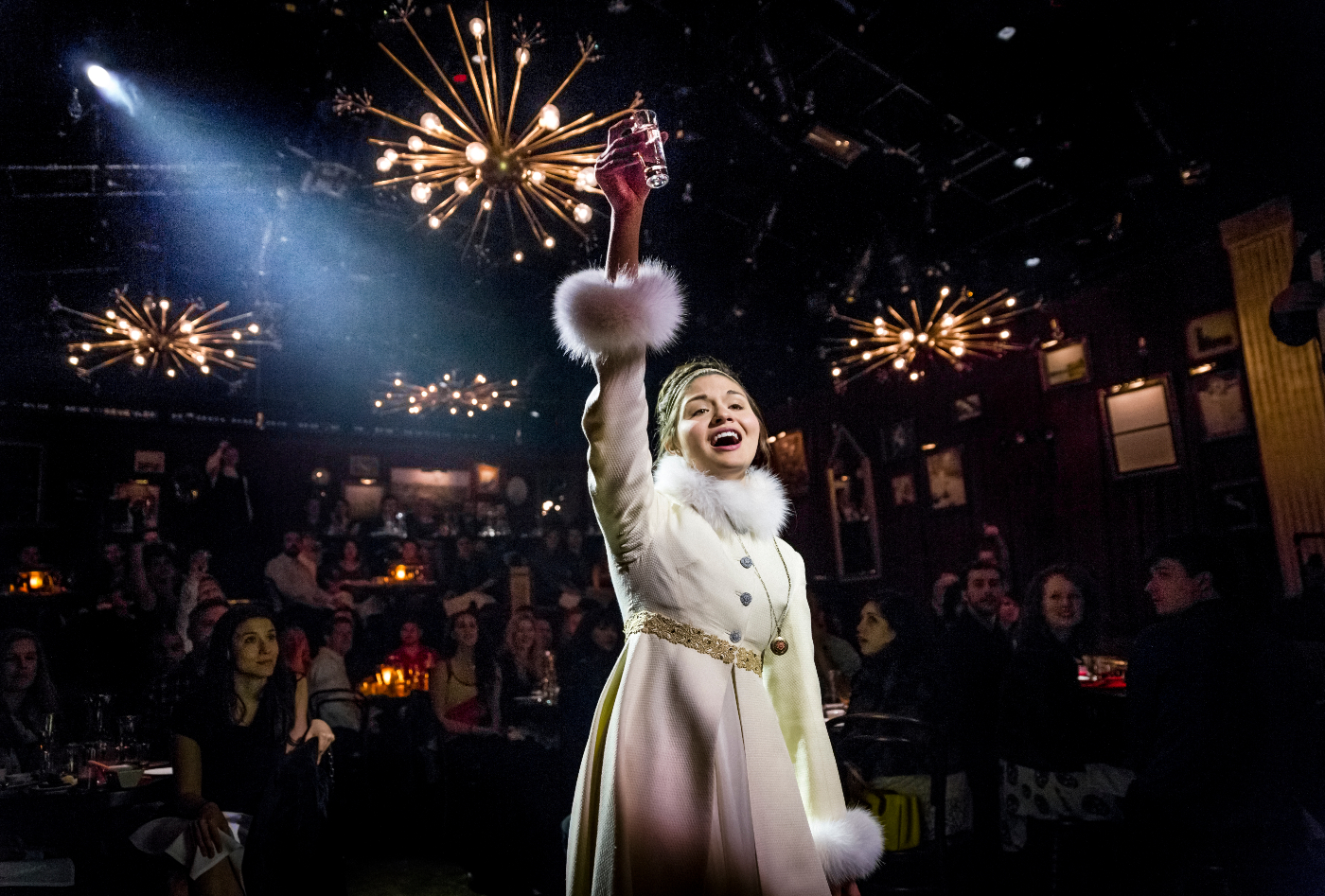 An Interview with Mimi Lien

Mimi Lien & Beowolf Boritt in “Working in the Theatre: Scenic Design” by The American Theatre Wing

JACK's mission is to fuel experiments in art and activism, collaborating with adventurous artists and our neighbors in Brooklyn to bring about a just and vibrant society. 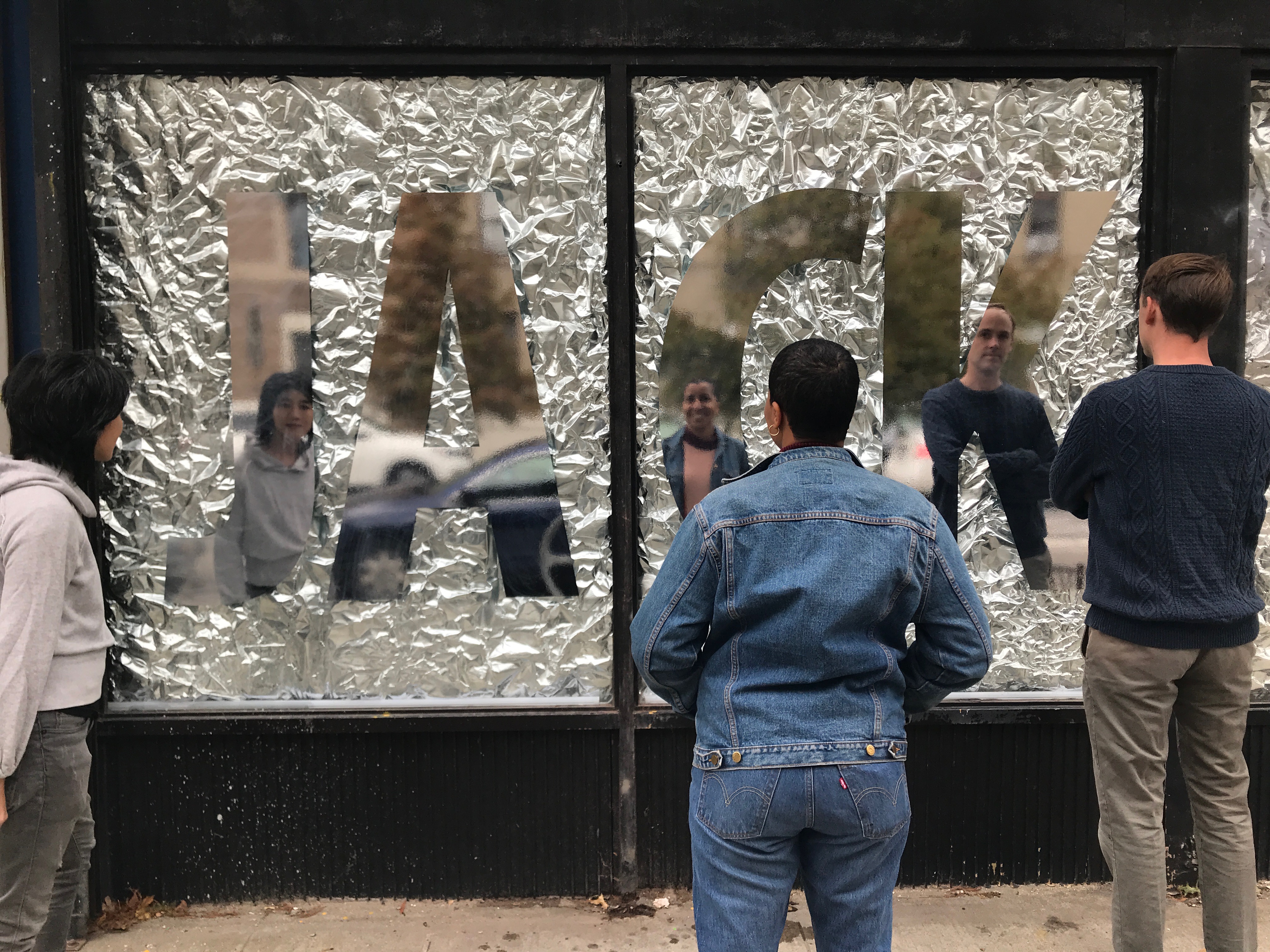 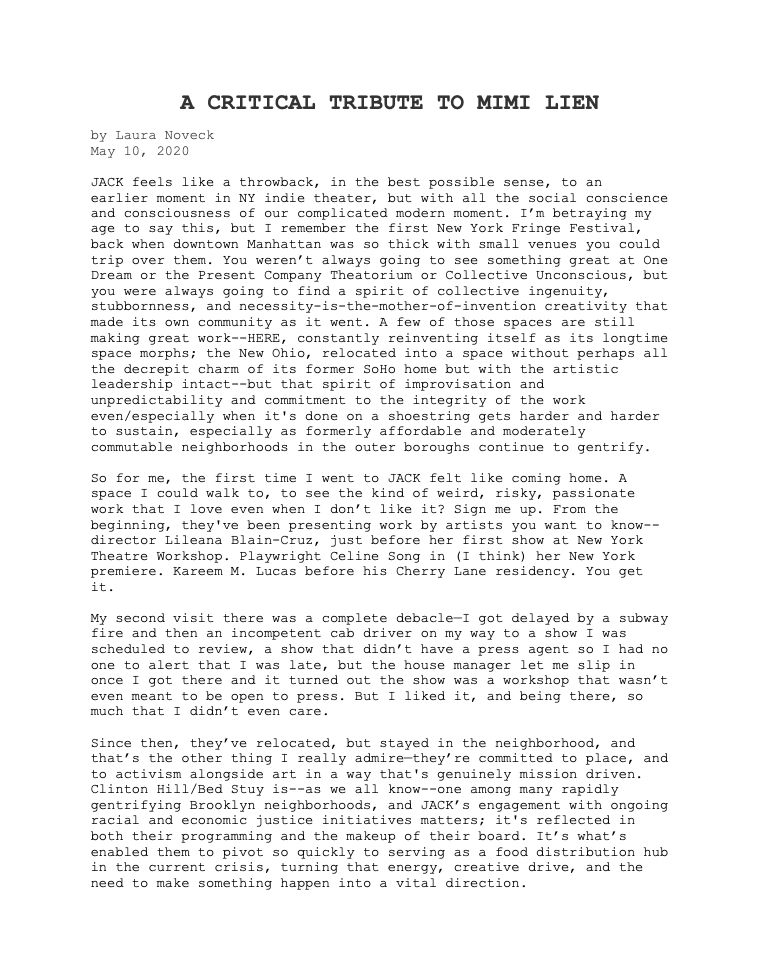 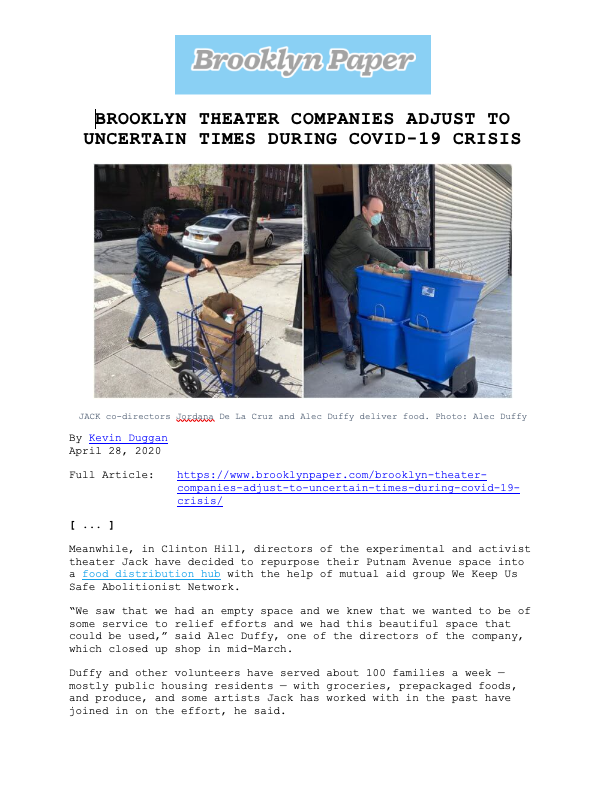 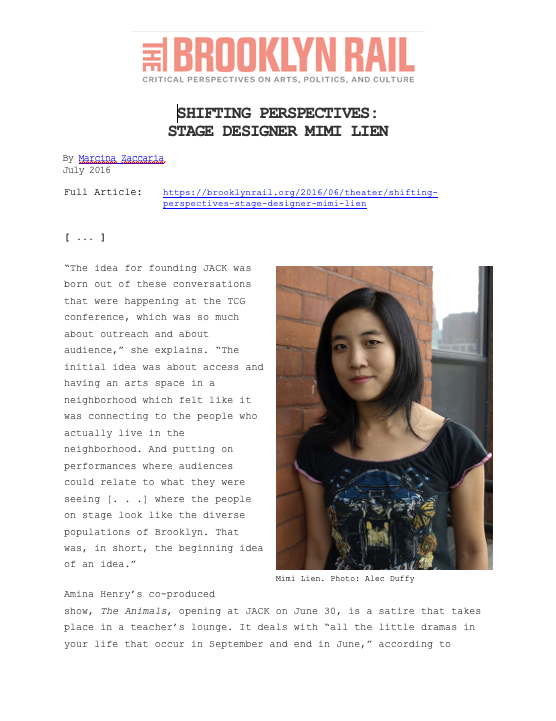 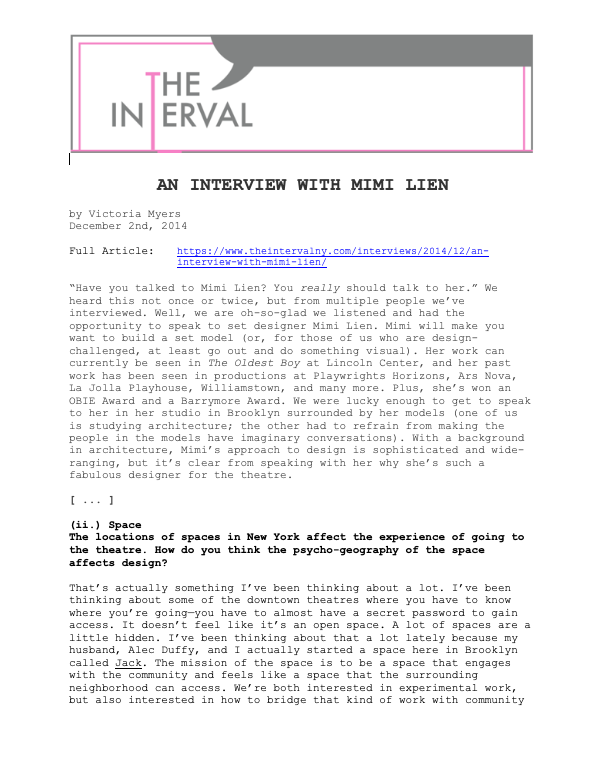 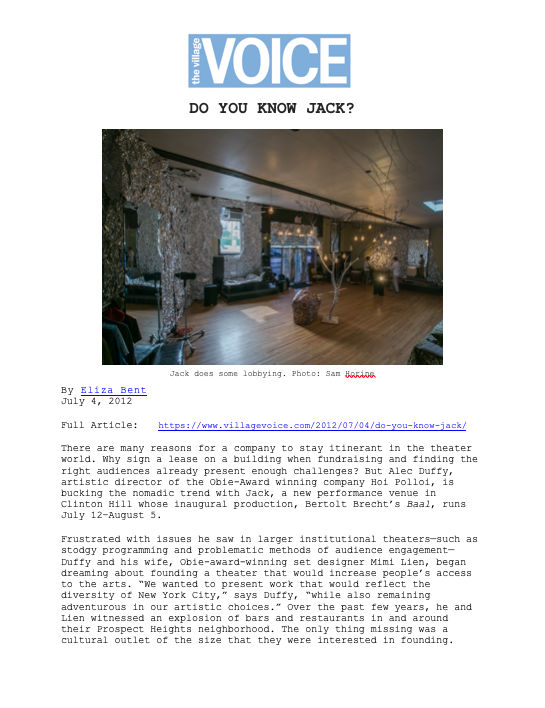 The 2020 Booth Award is made possible by gracious support from: 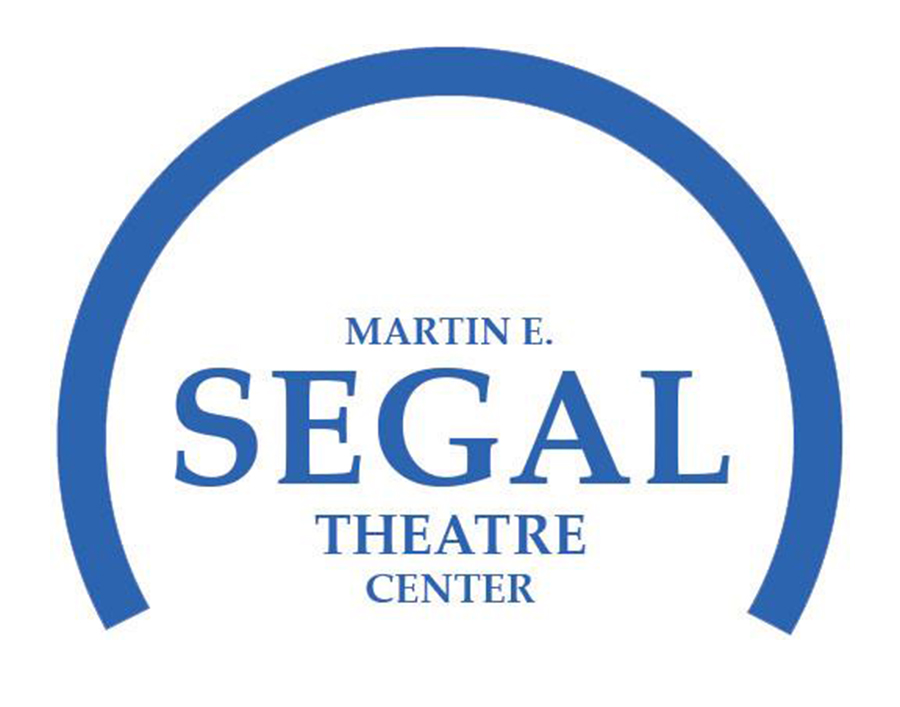 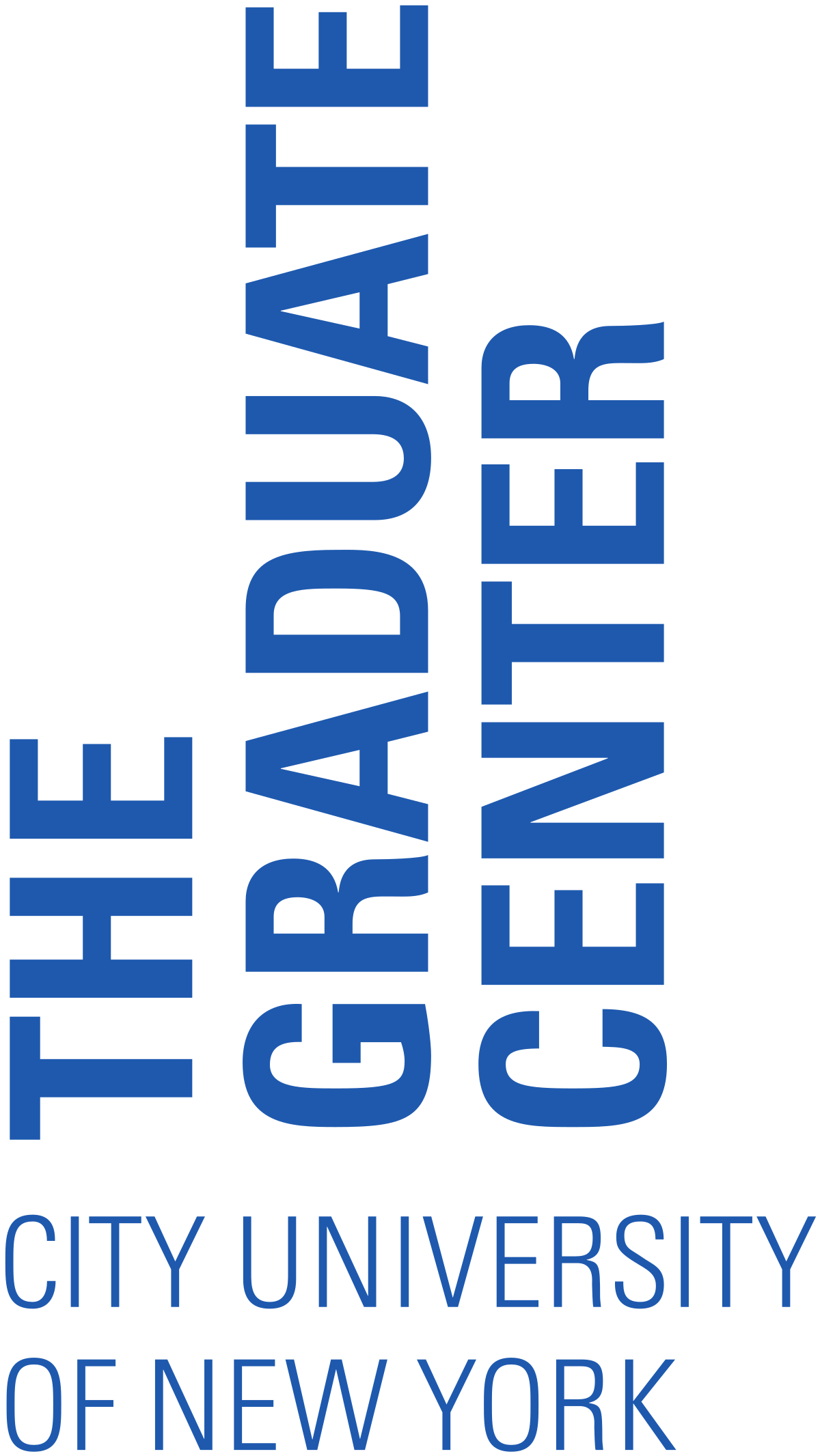 The Ph.D. Program in Theatre and Performance is one of the leading doctoral theatre programs in the United States, offering students a rigorous grounding in the theory, history, and criticism of theatre studies, while encouraging interdisciplinary thinking. The program embraces the rich cultural resources of New York City, with its professional theatre specialists, institutions, and myriad productions, as well as its library and museum facilities and its archives and private collections. Although the program emphasizes academic studies, attempts are made to form alliances of understanding between scholars and practitioners whenever possible.